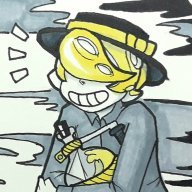 Occupation:
i draw and suffer (student)