The reason that a single late push can ruin the entire game is why turf war isn't considered competitive. Too much depends on what happens at the end instead of the entire match.

If you want to avoid this, you just have to play safe. Get mid at some point and hold it for the rest of the match, then you win. The only thing you need to watch out for at that point is random inkstrikes stealing the game. 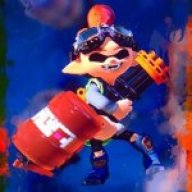 From my experience, the Early Game only truly matters if the enemy team is doing rush tactics or your team is. If the rushing team manages to trap the other team near their spawn it can be difficult for the defending team to recover unless they pull out a backdoor like you mentioned (or a coordinated Inkstrike bombardment, which requires proper comunication and actually getting the inkstrikes under heavy pressure). If the rush fails, it puts the rushing team at a disadvantage as more likely than not they didn't paint their side properly in order to reach the other side of the map as quickly as possible, so now they have to put extra effort to paint that area or risk losing the game, whereas the defending team just needs to clean up their side a bit and keep on pushing.

With that said, I don't really think there is or should be a standard opener in Turf Wars, as, unlike something like League of Legends where the meta is pretty much settled and breaking it is rare and risky, there's no set rules of what can work and what cannot, especially in Turf Wars. Yes, you might be at a combat disadvantage if you're fighting a team with long range weapons using Rollers and Brushes, but you can cover ink better than they can.

However, all the matches that I find interesting and enjoyable are the ones that do not "end" at the early game (this also goes for Ranked). Besides, if a team lets the other sneak around and take the win (which you can see happening on the Gamepad at any time), then they failed at one of the most critical parts of (turf) warfare; defending. I believe that counts as "throwing the game" 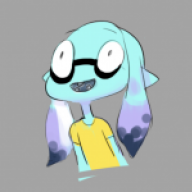 I find a lot of people find success early on if they push deep into the map as fast as they can.
For me it can be fore many different reasons. For example, in Bluefin Depot there are small ledges, in the middle of the map that you can only jump to from the little... trolly..... box moving things. I like to race to those ledges and set up beacons on them. Because the other team usually don't notice them unless they catch me putting them up. The faster I get there and be unseen. The better. Mostly because I suck on that map.
A great example of being aggressive in a push would be Camp Triggerfish. If you're fast enough you wont get shot down at that middle area, move past and get onto their side of the map. Or you can play defensively and throw out bombs, disruptors, what have you and keep the opposing team back from getting into your side of the map. I think the best set up you end up seeing on that map is two people at center. One person sneaking into the other side. And someone hanging back making sure no one sneaks in behind you. But always watch your back there or you're splatted form behind.
I think in general you just want to push for the center in the beginning. The more ink you spread there the more movability you'll have. and the less the opposing team will have. Especially in larger areas. 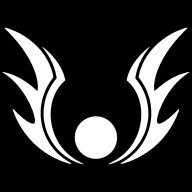 At early game, I like to focus out any opponents who have the role of covering lots of turf. This prevents the other team from gaining any early lead. From that point on, I focus out those players while covering whatever little turf the other players are producing. I usually make sure to locate those players during the last ten seconds of the game, to make the most difference. 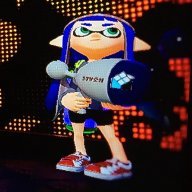 Vitezen said:
The reason that a single late push can ruin the entire game is why turf war isn't considered competitive. Too much depends on what happens at the end instead of the entire match.
Click to expand...

More often than not when I play rainmaker or tower control no team gets a knockout. So the game goes to the end and there is always the potential that the team with the lower score will get the opportunity to have a game winning push and you need to play with that in mind, even if your team has a commanding lead and is overall the stronger team. So in ranked battles it often comes down to the end.

So with that in mind, why is turf not considered competitive when ranked is?
V

More often than not when I play rainmaker or tower control no team gets a knockout. So the game goes to the end and there is always the potential that the team with the lower score will get the opportunity to have a game winning push and you need to play with that in mind, even if your team has a commanding lead and is overall the stronger team. So in ranked battles it often comes down to the end.

So with that in mind, why is turf not considered competitive when ranked is?
Click to expand...

It's much more difficult to turn the game around at the end in ranked than it is in turf wars. In turf wars it can be as simple as firing off a bunch of inkstrikes, a move that literally can't be outplayed or countered since it can be done the moment the game ends. Not only do you have to regain the tower or zone or rainmaker, but you then have to push or hold it long enough to make up for any time disadvantage you already have. That can be done within an instant in turf wars, while in ranked it can take more than a minute of continuous domination. Huge difference in skill involved and chance for failure. That doesn't mean that there aren't situations in ranked where a team can just cap a point at the end and win, but there are many more situations where it isn't that simple, while in TW it always is that simple. 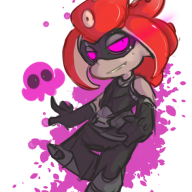 Also, just the way that Turf War is organized makes it wildly unbalanced...in Ranked one can assume that the people you're playing with are all of a similar skill level. In Regular one dominant player could be carrying the whole battle, only to have his team crumble at the end...which could essentially only be due to the composition of the teams. People also tend to use the less capable weapons on Turf if only because it's not Ranked and they feel better with experimenting. This is all assuming, of course, that you are comparing solo play of each mode and not competitive play. In the latter case, I would just repeat what Vitezen said. 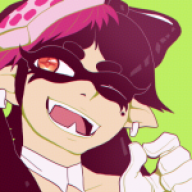 Location
In your base

Turf War I feel is the key basics to the entirety of Splatoon and a lot of people don't give it the competitive aspect it deserves. Every other mode derives from Turf War basics and I feel it should be the base start of any tournament. There is a lot of advance strategies in Turf War that are never really explored tho because it's inherently not a needed team based goal. This doesn't really stop games like Call of Duty or Halo from being competitive, so why should it stop this mode? People talk about the final push a lot, but I really don't see that has an end all if you are competitively playing said mode. Is it the most balanced? No, it's not, most certainly, but it is basics and any good team should have basics down.

That being said, yes early game is very important in any mode, and for turf war its all about controlling certain points, and largely where the majority of the turf war stays on. Unless it's Salty Rigs, then its always the top part.
You must log in or register to reply here.