Menu
Log in
Register
It appears that you are using ad block :'(
Hey, we get it. However this website is run by and for the community... and it needs ads in order to keep running.
Please disable your adblock on Smashboards, or go premium to hide all advertisements and this notice.
Alternatively, this ad may have just failed to load. Woops!
Resource icon 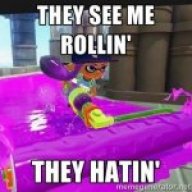 Best At Me submitted a new guide:

Hi!
My IGN is Best At Me. I'm currently an A-ranked player who (mostly) plays roller.
This is my first guide ever.
Ever since i've started playing Splatoon i found the roller to be great fun.
A lot of people complain about rollers being "op". But in reality, the rollers are designed according to the "Easy to learn, hard to master" philosophy.
Because it's very easy to just try to run over people, as I see many new people do. But that's not a very efficient way to play...
Click to expand...

Read more about this guide... 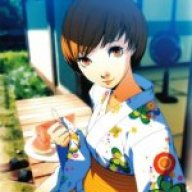 I'm a dedicated KOSR Main, and used to be anti-FPS and a dedicated Fighting Game/SSBM Player so being able to transfer any reflex, ingenuity, or trick manuver to out perform Shooter/Chargers is a welcomed yet big deal for me; Noob Roller Nothing!

Oh, and with another Guides help, I've found what is 'The' Gear load out for it to get the most out of what it does best:

As he would call it, "Krak-On Spam", is meant to be able to abuse the support role using Beacons as well as the quick-switch of the Kraken at a high rate for longer times.

Useful Adv. Skills for the KOSR:
Being able to Hover-Flick to get extra distance
Being able to quickly and easily ink then climb a wall in tough situations
Knowing that the Kraken kills without jumping if you happen to just fall off something (starts to spin during drop)
Still getting in by being Serpentine with Kraken's movements as to not get locked at bay
Using your own Beakons to get back faster if no one is paying them mind
Hiding carefully out of sight, avoiding enemy, to drop off the wall onto them pulling a Dio Brando
Dropping a Beakon to stall or scarecrow/weak sheild momentarily for you to withdraw (it has health, they have to get through it before continuing pursuit)
Never going Kraken during last 10sec of round because nothing done as the Kraken comes close to helping as much as random ink flings do
Last, Spend a round's opening creating a pathway into the center/enemy territory, never start off inking your own base; as support, giving them ones going into the fray a solid and adept path to use helps so much more than waiting for one of the enemies to get into ground zero while you're needlessly securing the base.

Big wall of BS i know, but hope anything I threw out there helps!~

EDIT: Should be noted that Run Speed is great for Rollers as your speed while not shooting/Rolling is increased, which for Rollers more so helps their general movement; Swim Speed is better for shooters because they can shoot a quick line to swim through, Rollers just need to be able to move quickly when: in enemy ink, when not necessary to be rolling, when trying to make swift manuvers and use of Ink-Flicking, and for cross quickly on turf that isn't safe (Grates, Tarp, ect.) as the slower you are the worse of a sitting duck you look to your opp.
Last edited: Aug 29, 2015 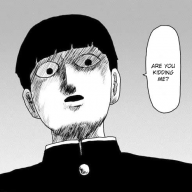 Why would you use run speed on a roller? I know in your edit you said it helps with general movement, but still. You can't strafe with a roller, and you don't roll faster with run speed, I honestly see no point. There is no point for a roller to be just walking around, as they are literally free for any shooting weapon.

1o2 said:
Why would you use run speed on a roller? I know in your edit you said it helps with general movement, but still. You can't strafe with a roller, and you don't roll faster with run speed, I honestly see no point. There is no point for a roller to be just walking around, as they are literally free for any shooting weapon.
Click to expand...

Outside of the Explination for Mobillity (a big deal though; without having the range of a shooter you need to be able to hussle out of bad situations.) and outside of that, acknowledging the Roller Speed isn't changing, the one person that can answer that I'm waiting on to enlighten me. I understand some small stuff; Swim speed does nothing for you, so Run speed would make for the most obvious/safe travel route on stages with Tarp covered areas or lots of Metal Grating/walkways. I still see it's uses, but hey, until I get that unknown article addressed by Kiwi_jr, you can always opt for Strapping Reds (Ink Resist; 3x Ink Saver Main) 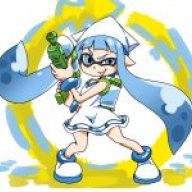 Run speed does not make rolling faster. Test for yourself in the weapon test place. With a roller you should always have a lot of ink near you to swim so run speed is not so helpful.

Swim speed is awesome. Rollers are ninja assassins with an OHKO. Swim near enemy pop up kill, repeat.

I said that every single time I gave my reasoning for it. Unsure why this is being re-established as to correct a mistake I made.
Idc. -shrug-
You must log in or register to reply here.