Any Splatoon Dreams you Had?

When we sleep, we can get visions whether they are possible or impossible. I'll just share mine since I do have a knack of being able to remember them, but I only had three of them so far.

The first one would be a cool game mechanic, the mechanic in question is that in multiplayer matches, you would be able to summon Octarians to guard a part of the stage that you don't want the opposing team going into. The example shown in my dream was an Octotrooper who noticed an enemy player and started shooting at that player. However, I believe this mechanic could be used for a different version of Salmon Run instead.

The next two are sort of weird, this next one is even shorter, so I'll just summarize that in this one, I had an Inkling girlfriend. In speaking of having a Splatoon girlfriend, the final one that I had so far instead Marina was my girlfriend.

Again, dreams can be unpredictable on what it is about. One dream would be chasing a fish underwater, the next thing you know, you would be facing a T-Rex.

I had a nightmare about Inklings' heads falling off once, but since then my Splatoon dreams have been relatively better. I think I had a dream about persisting on a campaign level once. I don't think I beat it in the dream though.

I actually forgot about a fourth Splatoon dream I had, I was dreaming that I was playing Splatoon 3, the hub was a lot more open than Inkopolis Square, basically more similar to Inkopolis Plaza than Inkopolis Square, after that, I don't remember much else except that weirdly, it was at a parking lot behind a huge building with a screen that rotates to face you.

I also dreamt about the Octo Expansion once. (I hope I eventually get Splat 2 and the expansion...) 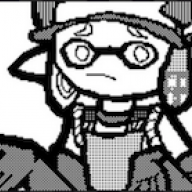 Location
In a Switch cartridge

Also, I had two unusual weapon dreams, previously posted in old Weapon Ideas thread at Splatoon 2 sub-forum, IIRC.
Firstly, it was Inkbrush (can't remember what it look like but has similar stats to normal Inkbrush) with vertical fling. Very fancy frontflip but big start-up (but shorter than Dynamo's). Its vertical fling had longer range than E-litre and it can one-shot even at end of range. However, ink trail left by vertical fling is very pathetic, thinner than Sting Ray. Squids can't fit in that trail.

Secondly, I was wielding Splat Charger with Goo Tuber stats. The twist is that laser actually damage. Too bad, its DPS is slower than Sting Ray and doesn't ink. It's just laser, not ink laser. 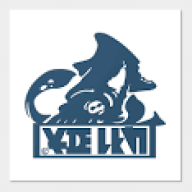 One time I played Rainmaker in Waluigi Stadium from Mario Kart Wii.

I recently had another Splatoon-related dream. So I dreamed that I was a male Octoling who was wearing the same outfit as male Agent 8, then some voice came to talk to me negatively about the main character of a fanfic I'm still working on, then it was revealed that it was just that I traveled to a different universe that made me turn into whatever fits the universe.
You must log in or register to reply here.