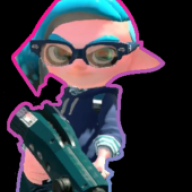 If this seems a bit proactive, it's because it is.

Here are some things we have discovered about Splatoon 3 through the trailer:

Players initially spawn on the hovercrafts.
It is unknown how far a player can shoot into the map from the hoverspawn. If you look close, you'll see that there are small squid sprites on the ground, possibly showing either the positions of your teammates, or the exact point you will land. If the latter is true, then there will be some discrepancy between where you aim and where you land, and these landing spots can (and will) be camped. It is also worth noting that the original spawn pad is still present, just covered in a tarp, indicating the possibility that players will respawn normally on subsequent respawns.

2 new movement abilities:
Squid roll and squid surge. Squid roll is a quick spin-jump that can be done while swimming on flat ground. It seems to stop your momentum on a dime (you can see the inkling completely change directions instantly). Squid surge is very similar, but works on vertical surfaces to launch the inkling straight up high speed. In the trailer, you can see the .96 Gal use this to move diagonally, confirming that you don't have to surge straight up and have some amount of control in terms of movement. I expect that players will also have some control over their falling trajectory, like a normal jump.

Weapon changes:
The only main weapon change I can see is the Range Blaster, which appears to have decreased painting but a slightly larger explosion radius. The explosion also shines as if you directed someone at the end of every shot. This very well could just be added to the trailer to make it more visually appealing.

Inkzooka seems to be coming back, but in a very different way. Instead of being able to shoot until time runs out, Zooka now has three canisters on the back of the weapon that represent how many shots you have. The 3 shots can be fired almost immediately one after the other. The special no longer fires a tornado, but now shoots a large, long range, arcing ball of ink.

Tentamissiles are in the game. You can see them in the corner of one of the images that Nintendo showed on twitter. We have no information on if or how Tentamissiles have changed since Splat 2.

The laser special seems to be a modified version of either Killer Wail or Sting Ray (implied by the line "some seem like reconfigured versions of special weapons found in Inkopolis" from an official tweet). A total of four lasers are shot, two at a time, in slightly different areas of the map stemming from the same point. It is unknown how much damage these lasers do, but I can't imagine that they do too much damage considering the backlash they got for Sting Ray.

And of course, THE CRAB/BAKUGAN
The crab special starts as a ball, transforms into a crab, and walks away. Nothing at all is known about this special other than the fact that it looks exactly like Terrorclaw from Bakugan Battle Brawlers... Something that not a lot of people noticed;
Inconsistent jump heights.
If you look closely, you can see that the player using the new Bow weapon jumps the normal Inkling height, then seems to jump much higher when it is shot at by the Inkzooka. There is speculation that jump height may be connected to what weapon you're using, not unlike swim and run speed.

That's all I could gather from watching the trailer, and trailer breakdowns, over and over again. I am incredibly excited for Splatoon 3, and I hope the longer development time results in the best game in the series. I already consider Splatoon 2 my favorite game (as well as greatest shooter of all time) so beating it will certainly be a challenge. Your move, Nintendo! 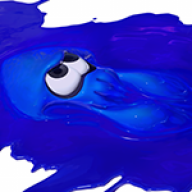 I hope they didn't just unbalance everything tho. 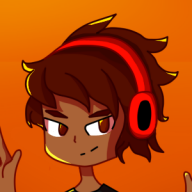 What some people think is that the range blaster has a new piercing ability. When it gets a direct, the shot will still go through them and burst behind your target. This could potentially make it easier to hit multiple targets at once
You must log in or register to reply here.