The Flaws of Tri-color Splatfests

It seems like Whoever Wins the Half-Time; is pretty much screwed. . . since Big Man Won the Halftime Both Times; and He Ended up losing the 1st Splatfest for SOME Stupid Reason. . . Like the Splatfest being Rigged against the Team who won the first half of the splatfest. . .

Seriously; why does Big Man keep winning the first half; and then starts losing in the second half; with Big Man's Team coming in DEAD Last?!!

Why are Tri-Colored Splatfests so Rigged?!! 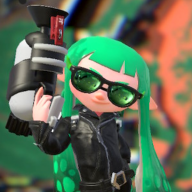 I think they dropped the chance of a tri-color battle to 0% with the update, since I had exactly 0 of them, which is the only way to address the issue. It's easily the most flawed aspect of this game. I'm worried that the rest of the life cycle will be attempting to fix that failure of a game mode, meaning that you will want to aim for 2nd place during half time.

Nope, turns out I had a single battle, and got a badge for winning it (not that it's hard to do so as an attacker). It seems like the chance of getting into it is insanely low, and I have a theory that it's more likely late into a splatfest. 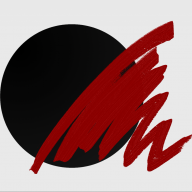 We're a grand total of two splatfests in, chill. They've already confirmed they're reworking the mode and that reducing the chances is a temporary fix until they can get a real fix going. It's probably better for them to have more data on how these matches actually progress, anyway.

Of the two maps we've seen up to this point, Sturgeon is definitely the better of the two. There are huge parts of the attacking spawns the defenders can't reach on Hammerhead, making comebacks extremely unlikely if the attackers get even one signal. I hope future maps leave most, if not all, of the attacking spawns accessible, even if it's tricky to do so.

I never got to play Tri-color and I was on one of the losing teams (Gear), I would've liked to play against 6 people at once, 2 of which also being against the other 4.

Forma said:
They've already confirmed they're reworking the mode and that reducing the chances is a temporary fix until they can get a real fix going.
Click to expand...

I'm considering the option of them trying to "fix" it a couple of times and never managing to get it to actually work. The very concept seems flawed, and grounded more in marketing than actual game design. Hammerhead bridge is especially broken for attacking teams, as they have massive bases to paint that won't get contested at all.
S

WHY Does Shiver's Team Keep Winning?!!!

IT happened again; Big Man was in the lead in half-time; and Shiver's team STILL Ended up winning!!!

Why can Big Man STILL not win a Single Splatfest?!!

I Knew this would happen; Because this happened in the Rock-Paper-Scissors Splatfest!!!

So Far the score is: 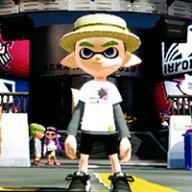 There's so much talk of tri-color being broken, but having played several on the defending green/fun team, I can say I won 3 and lost 2 (I wear my defender victory badge proudly now!) All were on hammerhead. And at least one of the losses was the match I mentioned n the other thread with a team of 3 scrubs that weren't even present in the center and simply died over and over to mediocre attackers I crushed over and over, but not to good enough effect. So it wasn't a fault of tri-color but of the terrible team balance matchmaking.

The current tri-color seems generally fine if the teams aren't terribly matched. The trick for the defenders is you simply can't let them get the signal once. If they get it, it's over. But since they all have to rush a single choke point, it's not THAT hard for 4 vs 2 vs 2 to defend it (if all the players are similar skill.) Two lone squids on either side of a large empty map really aren't that much trouble to deal with. Or shouldn't be.

I'm interested in Pro vs Open matches though. Only open has tri-color. And Pro counts for less points in the final tally. What is the actual point of "pro" at all? I don't get it. It's not really "pro" or ranked, it just uses the bad Fes Power system they added late in Splatoon 1 but is worth less total points? What is pro for? 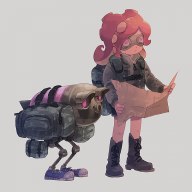 It would be nice if they had something akin to shifty-stations for the tri-color battles instead of regular stages, it could help the balance out since all maps are built around 2 teams and not left, right and center. Also it might help if they changed who is defending based on who is currently in the lead and not who is in the lead at half-time.
The 2 I did play were fun though
S

Award said:
The trick for the defenders is you simply can't let them get the signal once.

Easier Said than Done; and I've PLAYED the First Splatfest!!
Click to expand...

When I played the Splatfest in the demo, it started out badly (I was on team Scissors), but once I got a really good team, I was a beast with the Splatana Wiper, effectively blocking both of the attacking teams from the middle later in the Splatfest. But yeah, it still needs to be balanced, like the sprinkler things being destructible or something that would take them off after a certain amount of time like they are there for 1 minute and 30 seconds and then they're gone.
Last edited: Sep 26, 2022
P

gelatinoushare said:
It would be nice if they had something akin to shifty-stations for the tri-color battles instead of regular stages, it could help the balance out since all maps are built around 2 teams and not left, right and center. Also it might help if they changed who is defending based on who is currently in the lead and not who is in the lead at half-time.
The 2 I did play were fun though
Click to expand...

Same, I had fun with the 5 matches I played, and would certainly hate to see it just go away. I also feel like one of the best things they could do to fix tri-color battles would be to design maps specifically for three teams rather than just retro fitting current ones. There was only one map in the rotation for tricolor anyway.

Would different maps really change much? In reality, Tri is just a fusion of TC+SZ. The mid-section is just a larger zone, and the signal is just a tower checkpoint. So it's about controlling the checkpoint, and keeping the zone inked at the same time. The squids coming from different "teams" doesn't really matter, it's still 4 squids against the 4 defending the tower/zone same as ranked/Anarchy. If anything about the maps needed a change, it's probably making more of the enemy bases uninkable so they can't just build up a lot of ink cache that the defending team can't counter based on the last 15 seconds of battle in the middle likely wiping out all their own turf. But I think if the teams were well balanced it would feel different.

It's hard to get a feel because I think most people playing tri had no idea what they were even playing or how to handle it still, so otherwise good players may have played badly by just not understanding the objective. The biggest problem is just getting a balanced team. Even beyond the normal matchmaker imbalance problems, there's the problem that some players are well suited for defending territory, and some are suited for pushing or surprise attacks, and if you're on defense and don't have players good at defending it will go badly. Weapon mix is also a problem. It's a random match in TW for defenders, so you're bringing your TW weapons and suddenly you're more or less playing TC/SZ. The Jet squelcher is going to be a big liability in a small cramped map with a tower/zone to protect.
You must log in or register to reply here.