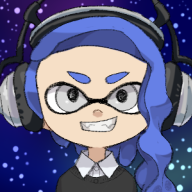 Earlier today Splatoon 3 was announced in a long awaited Nintendo Direct. As such, I believe now is the time to begin analyzing and speculating about the sequel.

From what we've seen in the reveal trailer, we should expect to see a vastly different type of aesthetic than the previous two titles. This time around, the main colors seem to be yellow and blue. While there is indeed still a sense of fashion and style to the world, the new desert setting could mean a much more... barren look to many of the stages and environments. Personally, I'm not too sure how I feel about this.

Regarding Splatsville, or the city of chaos, this city is densely populated by a multitude of different species. Primarily, inkling's and octolings, as well as various jellyfish have been shown in the reveal. It appears to be much more expansive than Inkopilis. The city is surrounded by a scorching desert, where the multiplayer battles seemingly take place.

A new weapon type has been revealed, a bow, it appears to be more primitive compared to the past games weapons however it apparently has a lot of technology on the inside. It appears to be based on fishing poles. The inkling weilding it pulls the string back to release a volley of three shots of ink. It appears to have a good amount of range as expected for a bow, though I suspect, like the Squiffers and E-liters, that there will be a shorter ranged bow that charges quicker and longer range bow that takes charges slower. Unfortunately, we don't have much information about this new weapon, we don't even have an official name.

Overall I really am curious and very excited about this game and I think, for now, this is all I have to say, I'd like to know anyone's analysis or theories about the trailer and the game.
You must log in or register to reply here.