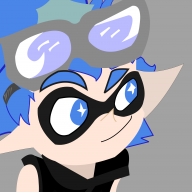 Ok, story time! I just came back from a long trip out of town, and I just have talk about Splatoon 2's netcode. I brought my Switch hoping to play some games offline, never once considered playing Splatoon online. Maybe a little Octo Valley, but there's no way I'd be able to play matches. I'd totally miss the Splatfest...right? Yet there I am, staying in with my family in a motel that offered free wifi, and I thought, maybe, just MAYBE, I could try connecting. It took fifteen solid minutes to load into the wifi of the motel, and I thought this was a complete bust. It finally said I was connected, so I boot up Splatoon 2, and behold...there's Pearl and Marina. I try a match, and it works. Flawlessly. There was no lag, no hiccups, no disconnects. All on cheap motel wifi. I was able to completely enjoy the Splatfest from the comfort of a cheap hotel room. Later I went to a Denny's, and they also offered free wifi. I connected and played a quick match while I waited for my meal. This completely blew me away, and the smoothness of the matches was a amazing sight to behold. This wasn't a fancy wifi hotspot, it was very cheap low-grade wifi offered to consumers as a bonus. But Splatoon 2 runs better on it than most Steam games I've played. I truly have an appreciation for Splatoon's online now, for any and all hiccups I'll ever get. My history with online Nintendo games has been super rocky. It was revolutionary to play Brawl online in 2008, as a child I thought it was so futuristic to connect online and play a match, but the novelty wore off once I realized how bad and lag-filled it was. Fast forward to the 3DS, a system I embraced online on. I played so much New Leaf and Smash online, but there's no doubting it was a hassle. With New Leaf, you couldn't get to the home menu from online easily, it was slow, clunky, laggy, and it felt messy. This continues with the Wii U, with Smash U's matches being a slow slog that brings the frame-rate to a full stop. Trying to connect the 3DS to other networks was also sluggish, and the games often didn't work. I remember when Nintendo truly tried pushing New Leaf DLC here in the US. If you went to a Best Buy and connected, you could get a new item downloaded. Sounds easy, but in reality Animal Crossing took forever to load online, and error messages were abundant. What I'm trying to say here is that I think Nintendo is at a turning point in online, and it's all thanks to Splatoon 2. I've played a lot of shooters on Steam, and Splatoon easily beats them all in terms of smoothness and quickness when loading and connecting. The matches are so smooth and fast, that they make my time on other shooters seem so slow and sluggish. I know people have lots of lag issues with Splatoon 2, it's far from perfect. But I think it's truly getting somewhere impressive.

TLDR: Being able to play the Splatfest in a motel with no issues is a feat, and I have a newfound respect for Splatoon 2's online netcode. After playing so much Smash 3DS and U online, after all the disconnects and problems with Splatoon 1, it's very refreshing to see Splatoon 2 run so, so well online. Ok, enough rambling, what do you guys think? I'd love to hear your opinion: Is Splatoon 2's online netcode completely revolutionary, or could it use a lot more work? 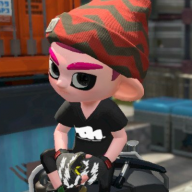 My face reading this.

I'm glad you had a good time during your trip, but your experience is far from the norm, sadly. Splatoon 2, technically speaking, has an inferior connection compared to the Wii U. The actual wi-fi hardware is of lower quality. The tickrate, how often the game refreshes the connection between players, is only 16 per second. The first game was at 25. Overwatch is at 60 and even MINECRAFT does better at 20. The low tickrate combined with international matches means tons of lag, being killed by ghosts, teleportation, rubberbanding, and disconnects a-plenty.

The 3DS having connection issues is nothing new, that system is a dinosaur at this point, and games like Smash have a lot more going on in terms of player input than Splatoon does. So yes, it needs a lot more work, and I dread playing Smash on this hardware in portable mode. 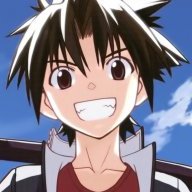 It's certainly not up to par compared to other high end games. Hopefully with/before the online subscription service release Nintendo will update the game with dedicated servers. 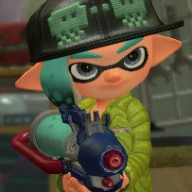 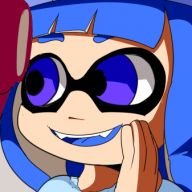 Lord of the Squids

Did you have a good time at Denny's? 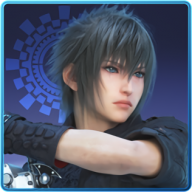 Great googly moogly, I dunno if it's just me, but I've been getting disconnects a lot for past 2 days or so.

Chaos_Knight said:
Great googly moogly, I dunno if it's just me, but I've been getting disconnects a lot for past 2 days or so.
Click to expand...

Maybe Traffic from the holiday weekend? Man I'm so sorry you've all had terrible experiences, I guess it just varies from person to person. I haven't had any serious connection hiccups at all. (With general community reception this bad, it seems Nintendo is really going to have to beef up the servers if they expect to charge for online then.)

Elecmaw said:
Did you have a good time at Denny's?
Click to expand...

The Chicken Wrap was delicious. 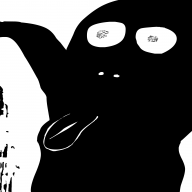 Yeah. Seems good to me. The tower was doing this all game. (I know empirical evidence does not equal statistical realities.)


Still, I have a wired connection to my Switch, and I still get bad lag or tick rate weirdness games probably 1/4 or 1/5 games.
You must log in or register to reply here.