A casual and competitive squad with a fresh twist!

Welcome to Inkopolis Underground! We are a squad of fellow Inklings who are there not to become "another face in the crowd." We are a competitive squad that always strives to improve, to become better in every way. At the same time, we also balance the fun factor and kick back and enjoy Splatoon for what it is.

Now, I'm sure some of you may be wondering why I said it is "unique" . Well here's why:

This will be a combo of Competitive Gaming and Role-Playing!

That's right! We will be a casual and competitive squad where every member's inkling has an identity and backstory! In this way, every member has a distinct face to the group and will develop a personality for themselves. Even the squad itself has one!

In the backstreets and alleyways of Inkopolis, there lives a gang of Inklings that secretly congregate under the depths of the shadows. They dwell in a backlot 3 blocks away from the Booyah Base, which is called "The Squidhole". Each member has their own reasons for joining, and their own story to tell. Be it respect for the leader, necessity, desire for street life, or other reasons, they are all led by the 16-year-old Inkling Neo, an Inkling born and raised on the streets of Inkopolis, succeeding as the leader after the former leader left the turf wars for unknown reasons.

Now for the fun part! Each member gives their inkling a name and backstory. The backstory and character are very freestyle and gives plenty of room for creativity. It can explain why they use the weapons they use, why they do a certain strategy, or simply be for fun!
(After the game comes out and more is revealed, backstories may be allowed to change based on what is revealed.)
Also after release, playstyles may earn you a nickname in this group! You don't give them to yourself, however, other members do. You may end up being called "Steamroller" or "Speed Demon"!

Inkopolis Underground Rules
1. No explicit sexual content, or anything of the sort. We want this group open to all ages.

2. No insulting nicknames or putdowns. We want this to be fun for everyone!

3. Though we are part casual, don't get too laid back. We do aim to be competitive as well.

4. Skype is mandatory, so make sure you have an account. Most of our activity takes place on Skype.

5. Do not insult other members of the squad. It will only yield negative results.

6. Be active and willing to commit to the clan. Most of our activity is on Skype, but posting on our squad thread or group is also acceptable. We do want to make sure that the member slots are open for people who are willing to commit more time.

7. This is your only squad. It's not that we don't specifically want you to be in this clan only, but you can only be in one squad at a time, as stated per official rules of the squads.

8. Don't be a Negative Nellie. For example, if we lose a game, don't moan about our luck for ten minutes. Keeping a bright atmosphere is crucial for a successful clan.

If you want to apply for Inkopolis Underground, use this example to format your application:

Inkling Name: Neo
Age: 16
Personality: Ever the jokester, Neo loves messing with his friends as well as his opponents. He knows when to be serious, however, and fancies himself a tactician. He can be short tempered when annoyed, but annoying him at all takes knowledge of his pet peeves. He enjoys swimming in ink as he loves the speed rush.
History: When he first mastered his shapeshifting into a humanoid, he had burnt all his bridges by then. He had no schooling, despite being quite bright, and not money to afford decent gear. He was taken in by the then-leader of Inkopolis Underground, Squish "The Kraken King" and came to see him as an older brother. A year later, he gained the leader's trust enough to be chosen as his successor when he enlisted to fight the Octarians full time. He soon set to work gaining new recruits for the gang, and getting the old one's respect.
^(That is the template, and my character, Neo.)
Inkopolis Underground Members

Co-Leaders
~To be announced!~

this is an awesome idea, but im already in a squad, so...

I don't know anyone, period. also, would you be annoyed if I offered this as a suggestion to my squad leader since the squad is still mostly setting up? I really like the concept and have an idea for what my character would be

okay. Thanks for commenting, anyway!

I edited my comment before you responded, so you might have missed it. would it be ok if I suggested the idea to my squad leader?

go ahead. I don't mind. Just be sure to credit the idea to me.

ill make sure they do

hopefully people will still want to join this squad. 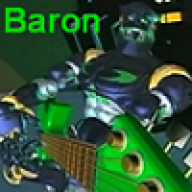 This seems interesting but till I get through single player and have a good idea of lore I wouldn't be ready to rp. However I am intrigued. 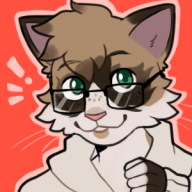 Location
Under a rock in Texas.

thanks for the well wishes!

baronfel said:
This seems interesting but till I get through single player and have a good idea of lore I wouldn't be ready to rp. However I am intrigued.
Click to expand...

Like I said, the lore of the group itself and its characters can be subject to change upon release. Until release, talk would be purely gameplay and perhaps speculation. 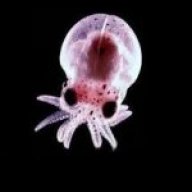 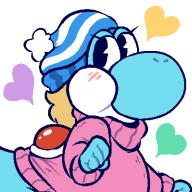 Neat. Good luck with this! 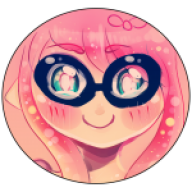 Good luck on your Squad 'mate! 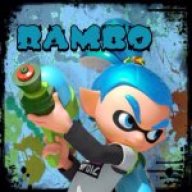 that seems like a bit of a harsh way of putting my request...

mininut4 said:
that seems like a bit of a harsh way of putting my request...
Click to expand...

the connotation associated with "rip off" gave it a bit of a hostile tone.
You must log in or register to reply here.