Hey everyone! So I decided to make an RP after a while of participating in them, and I thought, why not make a sillier, more lighthearted one? Sign-ups are in the character profile thread (you can be an Inkling Octoling, jellyfish, or anything else you can think of), and for discussion, fanart and all that, I will make an OoC thread. So here's pretty much the basics of what this is about:

Inkopolis was a perfectly normal city until one day- BOOM! Weird-haired people everywhere! Participating in turf wars, working shifts at Grizzco, just hangin'...they pretty much do whatever Inklings do, except they don't seem to have the slightest grasp on our culture...weird. They even have weird accents! WHAT'S GOING ON!?

(Basically, this is about the first Octolings that came to Inkopolis after their escape from Octo Valley/Canyon. Sorry for the mediocre summary...)

So here are the rules:
-Graphic violence, overly frightening images, occult and other shady practices, and explicit sexuality are prohibited. I want everyone to feel safe here.
-Swearing is cautioned against, although this board does already bleep out swear words sooo...
-Rules for creating characters are in the character sheet thread. (No Mary Sues and all that, y'know.)
-Do not disrespect things like race, religious beliefs, ideologies, physical or mental conditions (both diseases and disorders), and backgrounds.
-You can have as many characters as you want as long as you don't have too many to write without confusion.
-Also, both humanoid and less humanoid (such as Octarians and Salmonids) characters are allowed.
-References to other media are allowed, even if this does take place thousands of years after many of those were invented, as long as it doesn't take away from the fact that this is a Splatoon roleplay.
Last edited: Apr 11, 2019

(Make a character sheet thread so people are going to be able to join without cluttering this one up. Also, don't forget the "tentacle people" )

(Do we have enough people to start or do we need more?)

(We're good, but more people can join in anytime!)

(Hmm. I'll start with a prologue and then the rest of you go.)

Alright then! Let’s get started
... or not?
should i just start?
If you have something conflicting with this RP that's fine
Last edited: Apr 21, 2019 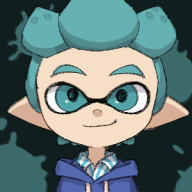 HighColorSunset said:
(Hmm. I'll start with a prologue and then the rest of you go.)
Click to expand...

(I added my character to the character sheet page? It sounds really fun! I’ve never done anything like this before so I might not be too active... hopefully though!)
Last edited: Apr 22, 2019

Cephalopod Protagonist said:
I added my character to the character sheet page? It sounds really fun! I’ve never done anything like this before so I might not be too active... hopefully though!
Click to expand...

(Now that you joined the RP, use parenthesis when not talking as your character so that others won't get confused.)

All the freshest squidkids seem to be wearing funky new hairstyles!

Upon hearing that, Lana chuckled nervously. When finally getting to the surface, she had not expected the Inklings to think it was normal and accept her as one of their own, even though she didn't speak their language well or look like them. Now that she knew they were simply oblivious to their foreign status, she was a bit more nervous.

Lana looked around. There was indeed a lot more Octolings here than when she first came- perhaps there was a revolution down in Octo Canyon? Maybe more successful Deep-Sea Metro test subjects than she thought? (Though Commander Tartar had already been defeated, she knew.)

Lana was glad that at least there were some more people who understood her situation and spoke her language. She turned to her brother, Noah, who shrugged, and she approached a young Octoling girl who was sitting alone.

"Hello. Are you new here?" Lana asked her in Octarian.

"Yes," the girl admitted. "It's all very strange, but I feel more comfortable here than in Octo Canyon, somehow...there's just something...friendly about this place."

"Olivia Rose, but you can call me Liv," the girl answered. "Although Via sounds nice as well..."

Via nodded. "Lana. That's such a pretty name."

Pointing to a male Octoling in a loose blue shirt, Lana added, "And that's my younger brother, Noah."

Via nodded again. "He's kind of cute." She pointed to an orange-haired, freckled Octoling in a black sweater. "That's my best friend, August."

Lana and Via shook hands, then stood and parted for the moment. Lana looked around again, feeling shy yet curious of the land-dwellers.

Coral and Kelp are at the Octarian neighborhood that their army had founded after the escape. They were part of the Octarian reunification ceremony where they saw a male Ringed Octoling and a female Crimson Octoling marrying and becoming the leaders of the neighborhood, kind of like a king and queen, but not really having that kind of power.

Coral and Kelp decide to walk to Inkopolis Square where they are able to walk among the Inklings without them noticing they are Octolings, although, they now have another goal and that goal is to bring acceptance of tentacled Octarians, but they will take this one slowly as they aren't on a time limit and they just pitched in along with their species to buy a home for a homeless Inkling who didn't trust them in the first place. Although, now that means that they and other Octolings have to help the neighborhood flourish by giving money to it while the tentacle Octarians are inside the borders are keeping maintenance.

Coral and Kelp decided to sit on one of the tables to decide what to do next, Coral had an idea and he wanted to share. "Let's become a duo for ink battles!" He said very excitedly, Kelp then said "I will do anything with you", she agreed with a smile. As they were discussing making a duo for Turf Wars and Ranked Battles, they noticed Lana and Noah talking to a slightly chubby Octoling with blue tentacles. Coral and Kelp have never seen this Octoling before, they figured that she must have been from Octo Canyon since they heard their General talking about DJ Octavio's loyalists retreating there after losing the war against the Ringeds and their allies. Coral and Kelp went to meet Lana and Noah before doing something else.

(I changed my character sheet a bit, I’ll try and make an intro for them a bit later, and I’ll edit this reply.) (edit: oops looks like I just made a new reply instead?)
Last edited: Apr 29, 2019

Vin walks out of the tower with a smile on his face. He puts his brella on his back and begins walking out across the plaza. He starts humming to the song, attracting looks from other inklings in the plaza. He continues down the street and glances around. He notices a small clump and walks over to them. “Heya! How’s it going over here?”

Coral notices Vin coming to where they are, Kelp then decides to talk to him, this is off course, the perfect opportunity to start good relations with Inkopolis on the right foot. "Hello there!" Kelp says very excitedly. Coral then says "What's up?", trying to start this off on the right foot as well, although, a little bit shy.

Vin smiles warmly. “Just came from a couple turf war matches but I’m feeling nice.” He nods to them. “How good are y’all at turf war?”

Cole checked the time on his phone. Looks like he’d made it to the Square early today! For only living in Inkopolis Square a few weeks, he was pretty proud he was actually able to get somewhere on his own. Today, Cole was meeting with Sheldon at Ammo Knights, since he knew him back from when the weapons store was in Inkopolis Plaza. Sheldon has wanted to introduce Cole to some of his favorite “picks” he had been working on. Cole was almost at Ammo Knights when he noticed a small crowd of cephalopods talking near the tower. He recognized their haircuts as a sign that they were some of those new foreigners with the “fresh” haircuts that had appeared recently. Wait, were they speaking another language? That was kind of suspicious... Well, Cole didn’t mean to eavesdrop anyways. He pushed his thoughts back towards Ammo Knights, and headed inside the shop.

"Hello there," Lana added. "This is Olivia. She's new here."

(BTW the Inklings in the story so far will just be the ones from Escape from Octo Valley.)

Coral replied, "I'm Coral and this Octoling who came with me is Kelp, she's my girlfriend." to which Kelp then added "Great to meet you." Now Coral asked Vin something, hoping to slowly introduce the idea of other Octarians walking around Inkopolis, "Wouldn't it be cool if a tentacle had a life of its own? Having it as a companion would be awesome to me."
Last edited: Apr 30, 2019
You must log in or register to reply here.