SteakTartar said:
I was thinking of Yashi coming in after them attacking the 5th facility
Click to expand...

Alright, I'll advance the story to that point.

Cool another person! Welcome aboard the RP train! 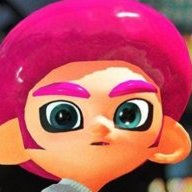 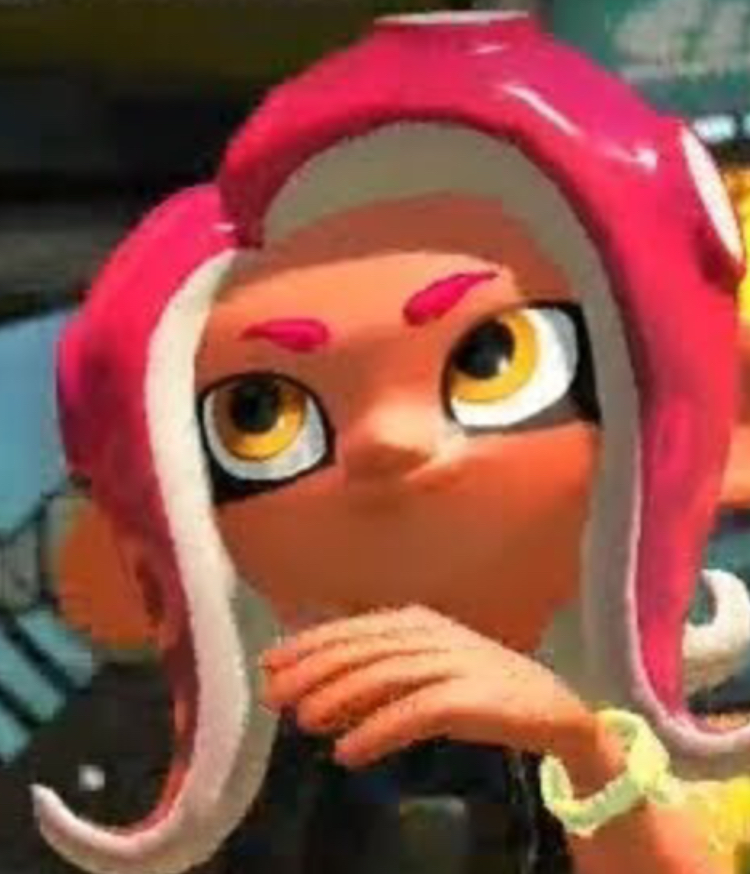 Backstory(ies): Fu has been an orphan all her life and has trouble fighting Crimsons and Sanitized Octolings because she knows that it’s not their choice to be on the other team. General Anemone assigned her to be backup and she goes on all sorts of mini-missions.

Personality(ies):kind, but fierce when provoked. Like Kelp and Coral, Fu took an immediate liking to Yashi. Very shy.

Backstory(ies): Fu has been an orphan all her life and has trouble fighting Crimsons and Sanitized Octolings because she knows that it’s not their choice to be on the other team. General Anemone assigned her to be backup and she goes on all sorts of mini-missions.

Personality(ies):kind, but fierce when provoked. Like Kelp and Coral, Fu took an immediate liking to Yashi. Very shy.
Click to expand...

Alright, time to introduce her in the RP.

is it all right if i submit a character for a new RP?

agent8(hachi) said:
is it all right if i submit a character for a new RP?
Click to expand...

okay here is mine
Name(s): Hachi

Appearance(s) just like my avatar.
Backstory: Hachi worked under d j Octavio until he was defeated by an Inkling known as Striker (agent 3) . angry,Octavio locked up his friends Known as Nana, Afro, And Pony.since then he was disregarded as a failure, But then found a way to redeem himself, By spying on General anemones army by passing as one of his troops he hoped to set his friends free, by stoping General anemones army from escaping the valley.

personality: Very focused on tasks at hand. he also gets angry when someone insults his friends
Last edited: May 4, 2020

Appearance(s) just like my avatar.
Backstory: ??? (might need help on this)
personality: Very focused on tasks at hand. he also gets angry when someone insults his friends
Click to expand...

Welcome to the RP!

uses any type of shooter, blaster, sloshier, but prefers to use dualies

Personality(ies): Kind, defensive of those he loves, serious on the outside but a goofball on the inside
Last edited: May 13, 2020 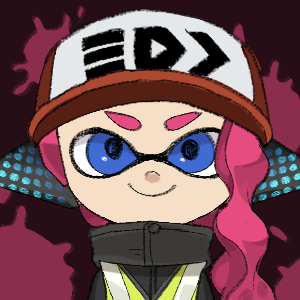 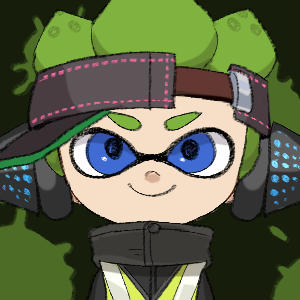 Backstory(ies): Striker's siblings and fellow agents. when Lizzy was kidnapped by the octarians, striker and grant became agents so they could rescue her. Eventually with the help of a converted octoling named Andrea(agent 8), they were able to rescue her. Lizzy then became agent 9 and with the help of Andrea, and the other members of the squidbeak splatoon, they were able to recover the great zapfish

Personality(ies): both have the Same personalities as Striker.
Last edited: Dec 22, 2020

(just realized there was an error in my sheets. OPPS!)

Queenie Monarch (Emperor's younger cousin)
Age: 16
Eye colour: a combo of blue and yellow
Species: Inkling
Ink colour: Sun yellow or sanitized
Relationships:
Emperor,Prinz (cousins)
Gloves (Boyfriend)
Celeste ( Best friend)
Playstyle: Defensive pacifist
Personality: Emo but friends and can sometimes get nerdy
Backstory:
It was her first year at Albacore High, when it happened, Goggles was holding a splatterscope and aiming it at her. During science, she was chatting to her lab partner and boyfriend, Gloves. Goggles fired the weapon during a experiment and she fell to the floor. In a panic, Gloves decided to intervene going out to find Goggles. Queenie and her family all moved away to Inkopolis, seeking a fresh start. She now hangs out with Team Emperor and X-Blood and Gloves. She is also known as the "Queen of Inkopolis", due to being a replacement on Team Emperor and X Blood who has never lost.

Appearance: inkling girl with the wave hairstyle and extremely pale skin. She either wears Emperor's gear or marinas outfit from the final fest, but ALWAYS has her pearlescent crown on
Last edited: Dec 23, 2020

Welcome to the RP!

Mine doesn't really fit in tho. Maybe when ur finished iwe could do a new one!

I was thinking about creating an RP that's about a Salmonid invasion in Inkopolis sort of deal.

Hes a coroika character I wanna add more depth to.

Gloves Ikason
Age: 16
Species: Inkling
Eye colour: Pale Green
Ink colour : Sun yellow
Personality: Helpful but can get anxious over social media
Backstory: My parents neglected me and happily shoved me out last year. I never had any money until I joined Team Emperor. Everyday I think about Goggles. I get worried on Queenies behalf. I have over a thousand followers on Fishbook and every peice of Skalop gear.
You must log in or register to reply here.