Thanks, I'm not familiar with the Scandinavian languages, because most of their music never made it into standard performance repertoire in Western Europe.

If you do plan to go forward with a vowel shift, maybe you could go fully German and make it {ä} {ö} {ü} representing the sounds /ɶ/ /ø/ and /y/ respectively? It would give the diaresis/umlaut a consistent meaning across all three vowels (brack rounded vowel->front rounded vowel), and creates an entire contrastive series of front rounded vowels to stand alongside the series of back rounded and front unrounded. Transcriptions could be <AE> <OE> <UE> or some such?

Think the Japanese small ya/yu/yo. It's the same idea.

Here is the first version of the new guide, which includes the rewritten orthography/phonology. Be careful; the dictionary is not rewritten to follow thru.

Here is version 1.0.0.01, a fixed version which remedies an overlooked error on the new vowels (corrected description)

Alright, I'm working on the OctEncoding right now. On the new sound /ɧ/, since Swedish (EDIT AFTER FACT-CHECKING and one specific dialect of an archaic-but-still-living, partially-intelligable-with-German (like Scots is with English) language spoken in the Rhineland of Germany /EDIT) is the only language that uses it and wikipedia literally refers to it as "the Sj sound," I'll use <SJ> to transcribe it in ASCII, just like in the guide. For the rolled R, I'm thinking of using <RR> as the transcription, since that's how it's represented in Spanish, but feel free to give feedback if you think something else would work better. Still need to get the vector graphics, so I probably won't post it immediately, but should be revised to account for changes soon.

EDIT: Also, Is it alright if I reorder the ya, yu, ye, yo and wa, wu, we, wo series so their syllable nuclei align with the other syllables at the beginning of the script (ie "ya yu ye yo" -> "ya ye yo yu")? it helps from a computer logic perspective, as with similar reordering in the inkling encoding.
Last edited: Sep 11, 2016
J

I still don't have the vector graphics, but wanted to put up the current version anyway while I wait for a response. please tell me if you have any problems with the ordering or transcriptions. Not that the graphical chart that will eventually have the orthographic symbols is using the Guide's transcription as a stand-in, while the list of character names after it uses the ASCII-friendly transcription we've been discussing.

Thank you for the char map! @theFIZZYnator got me the font at the same time you did, and I'm reworking the chart accordingly.

Also in the new guide, I noticed that you switched the yV series into the order I recommended for encoding, but the parallel wV series remained in it's original order. Was this intentional, or just a quick oversight?

The characters don't need to have *exactly* the same order in the guide as they do in the encoding, so you don't have to change the ordering there if you don't want to (i was merely asking permission to reorder the chars on MY end), but if you do want to make the two match AND follow my recommendation, then the same needs to be done for the wV syllables as was done for the yV syllables.

Jonathx said:
Thank you for the char map! @theFIZZYnator got me the font at the same time you did, and I'm reworking the chart accordingly.

Also in the new guide, I noticed that you switched the yV series into the order I recommended for encoding, but the parallel wV series remained in it's original order. Was this intentional, or just a quick oversight?

The characters don't need to have *exactly* the same order in the guide as they do in the encoding, so you don't have to change the ordering there if you don't want to (i was merely asking permission to reorder the chars on MY end), but if you do want to make the two match AND follow my recommendation, then the same needs to be done for the wV syllables as was done for the yV syllables.
Click to expand...

You can reorder the wV chars wa/we/wo/wu for consistency with the yV chars, and soon I'd do the same with the guide.

Also, their usage is not intended to substitute for y+Vo or w+Vo; the characters are used like vowels. Some of them also are particles.

It was my way to represent the small ya/yu/yo chars in Japanese. 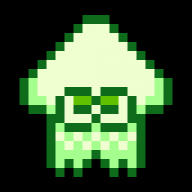 Also², can we tidy up the vowel chart, un-switching around ei, oi, and ui?

Also⁴, contrary to the guide, /u/ is not the same vowel it represents in Japanese. That would be /ɯᵝ/. The vowel /ʏ/ is missing from the guide as well.

theFIZZYnator said:
(Also, you should look over the word list because some transcriptions don't match with the conscript, and some "ü"s still remain. Might I add, doubling up /j/ with /ʏ/ is a terrible idea. Doubling up /j/ with /i/ is a more naturalistic approach.)

Also², can we tidy up the vowel chart, un-switching around ei, oi, and ui?

Also⁴, contrary to the guide, /u/ is not the same vowel it represents in Japanese. That would be /ɯᵝ/. The vowel /ʏ/ is missing from the guide as well.

Also⁵, let's reorder the vowels in a sensible, flowing order, by place of articulation, like [i y] [e ö] ä a å o u?
Click to expand...

I am only on the early stages of rewriting the guide, and for the rewrite, I'm using the Inkling guide for reference in regards to layout.

Anything on the old guide may or may not be taken out. Like I stated, I did not rewrite the word list when I released the first version (only changing the orthography).

But for sure, time and numbers will stay as-is.

tl;dr: this is now confirmed to be a total retcon.

Also, what is the difference between /ɯᵝ/ and /ɯ/ (which is, by my belief, what appears in the guide, and if it isn't, is what it is supposed to be)?

I am probably gonna need more chars so I can add /l/ in as a sound.

Maybe more vowel-consonant chars alongside v-N/v-I? We could add v-L and v-R.
J

Any further progress on the overhaul been made? Since the possibility of new characters came up I haven't really been able to work on the encoding, and I, like many people, have less time in the fall for such things on account of school, so I welcome a bit of a hiatus...I'm just curious what's going on with our 8-legged friends

Nope, no progress hasn't been made since I announced the overhaul. I, for one, also have school under my belt.

I am going to necromance this thread solely because the recent reveal that the Direct had (spoilers: it was the Octo Expansion) has given me motivation to resurrect this project. However, I have a couple of notes to deal with:

The first is how deep of a language barrier separates the two populations. Presumably, Marina's (and eventually, A8's) easy (?) interactions with an inkling population suggests that the two languages possess some degree of mutual intelligibility among each other. However, my plans for this language have bounced back and forth between "base this somewhat from Japanese" and "base this somewhat from Korean" (n.b.: I hold a headcannon that today's Octarian society inhabits the remnants of our world's Korean Peninsula). At its current state, it has more JP than KR influence, but most of the Korean influences are hidden in notes that I have since not translated to the document.

Secondly, this project has devolved into only me working on it. Many of the original contributors have left, but recently, @PiyozR has posted some small tidbit on the Inkling project and necromanced that thread as well. I would like for @PiyozR and @theFIZZYnator, if he's still alive (n.b.: the two biggest contributors to this project), to come in and shed their light on this info.

I don't know if we would be able to conjure up a fully functional language in light of the Octo Expansion (8/8 btw, this is pure wmg), especially since PiyozR would probably end up working on his end in light of this expansion as well, if anything.
T

*waves pom poms* you can do it!

the octo expansion'll give ya lots to work with. i believe in yous!
T

Iru. Not sure if any of you have picked it up, but this is something I recently learned and I think would be helpful for this project.

I'm sure Marina does throw a bit of a wrench in this project, but according to the Japanese text, she may not have made things as complicated as we might think. According to inkipedia, while everyone else's dialogue is written in hiragana, Marina's is mixed with katakana. Inkipedia speculates that either Marina has an accent, or her speech is mixed inkling and octarian languages. Marina's speech also uses more formal variants and conjunctions, which matches up in Japanese, as new speakers are usually taught the formal versions first. Her Japanese speech is also littered with malapropisms, further implying that she's new to the inkling language.

The CD Splatune 2 includes lyrics for a few of Off the Hook's songs (or at least, the pronunciation. It's still all gibberish). Pearl's lines are written in hiragana, while Marina's are in katakana. It's confirmed that this is suppose to be because she is speaking in a different language. It's like how here in America, sometimes korean or spanish songs make it onto our mainstream radios, regardless of whether or not we can understand them.

I actually took a brief look at what they had in that folio. This actually does give good insight on how close the two languages are connected (i.e. whether or not they are as mutually intelligible as I initially perceived it to be, how many words are direct cognates, etc.).

So in doing this re-reboot, we could utilize this information (e.g. which words are malapropisms) to more easily determine the languages' relations. 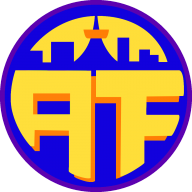 Happy to see some lights on in the workshop here. Keep in mind that if Inkling and Octoling languages are meant to be mutually intelligible to whatever extent, the divisions in those societies would isolate the two languages only very recently. Since it's explained that Inkling and Octoling society were allies until the wars decades ago, a lot of Octoling could have outdated terminology shared with Inkling, while newer, more fashionable words would be recent developments.

One idea I always regret about Inkling as a conlang was deciding against grammatical gender based on sea creature race. That is, Inklings, Octolings, Jellyfish and whatnot having unique pronouns and adjectives and collocations. To keep the cultures of these societies reflective of their languages is key and that's just one suggestion from me.
You must log in or register to reply here.