(There are EIGHT pages. )

I kinda wanna bring in my octo.)

(You can, this is an RP that you created, so you decide whether we can bring in new characters in the middle of the RP)
Last edited: Feb 13, 2020

Meanwhile somewhere else, an Inkling strokes her chin in thought. "The new squids in town...I'm not the only one who...notices anything different about them, am I?"

The Inkling man beside her strokes his chin as well. "Hmm...oh, perhaps you mean the hairstyles."

"And their eyes, and their speech patterns!"

"Speech patterns?" The man recalled the "broken" Inkling many of the newbies tended to speak. "Ah. Right."

"Jellyfish speak a different language. I, for one, don't think it's such a big deal."

"Oh, so they're JELLYFISH now?"

"No, no, they're not." Tim shook his head with a sigh. "Is it really quite so important? They're really not such bad people, Roxie."

"That's what they WANT you to think!" Roxie grinned. "I'm GOING to get to the bottom of this, and I'm GOING to expose them for what they truly are- ALIENS!"

"Aliens? By Jove, no, they're not aliens! They're not much different from you and me, you know?" Secretly, Tim knew they were Octarians, but he wanted to protect them at all costs from such a maniac as Roxie.

After the Salmon Run, Coral and Kelp rush out of Grizzco, happy to feel the warm weather of Inkopolis again. "Man, am I glad to see a Salmonid-less place." Coral begins, Kelp replies with "Me too! Salmonids are scary."
Last edited: Mar 10, 2020

Roxie turned around as she saw another weird-haired Inkling come her way. She was wearing armor, her clothing was dark and skimpy, and she had placed metal goggles on her head for safekeeping. Weird clothes? Definitely an alien.

Roxie leaned forward in interest as she watched the young girl, who had come from around Mount Nantai. The girl twirled her curly hair around her finger as her eyes wandered around the plaza in amazement. Roxie had to go talk to her. It was evidence rawer than raw- the best evidence she could get.

"Excuse me, miss, where did you just come from?" she asked.

The girl was silent.

"She must not know a word of Inkling!" Roxie shouted to Tim. "HA! This proves everything!"

"No it doesn't. There are other places outside of Inkopolis, you know." Tim cleared his throat and said in rusty Octarian, "The girl beside me asks for your name and where you came from."

"My name is Natalya. I just came from Mount Nantai. I was admiring the city from a distance."

"What, is there anything wrong with knowing another language?" Tim asked impatiently. "Do you have any other clothes? The ones you are in could attract suspicion."

"No. I have not brought anything back to the surface. I want to go shopping here in Inkopolis and buy more clothes."

Coral and Kelp notice the commotion in the plaza and they rush over to where Roxie went, "Hold on, what's happening here? I go away from Inkopolis for a Grizzco shift and something troubling happens when I'm not here!"

Kelp takes a look at the new Octoling arrival and says "I want to show her around Inkopolis. Or at least get the new girl away from this other girl who's been shouting crazy mumbo jumbo."

Coral agrees and says, "Good idea, I'll try to get this situation sorted out, you know, to prevent this from drawing attention."
Last edited: Mar 10, 2020

She crumpled to the ground, having just been punched straight in the break by a frustrated Tim.

"Here," the friendlier Inkling said as he draped his own lab coat over Natalya's shoulders. "Wear this for now."

(I don't have the boy Amiibo, so just imagine the girl is Tim.

Kelp talks to the new girl in Octarian "What is your name? My name is Kelp" she smiles warmly. While Kelp is talking to the new Octoling who just arrived, Coral reacts to how the situation went down and talks to Tim in inkling "Thanks for shutting her up, man sometimes Octo haters can be so obnoxious and annoying."

"She thinks you're aliens," Tim explained with a sigh. " She's a big believer in conspiracy theories, so she speculates everything. "

"My name is Natalya. I want to be called Natalie, though." Natalie smiled a bit. "I'm a bit worried because I don't know Inkling other than a few words."

"In that case I'll be happy to teach you Inkling." Tim smiled. "Meet me near the fourplex over there a bit later and I'll show you where I live."

For a while, Roxie doesn't bother the Octarians, and Tim is able to teach Natalie a fair bit of Inkling. However, a few weeks later, Roxie's curiosity resurfaces.

"Natalya! Now that you speak Inkling, you can tell me what you are!"She leaned in really close. "So tell me! Are you an alien? Or is everything I know to be true a lie?"

"Then explain everything! The weird hair! The weird grammar! The UFOs!"

"Those are just because they're high tech and they look cool," Tim muttered.

Natalie averted her eyes to think. "Um...I am not being the squid. "

"Then you're an alien!" Roxie grinned maniacally. "I KNEW IT!"

"No! Not! " Natalie was unsure whether to trust her enough to tell her she was an Octoling.

" Oh, for heaven's sakes, they're octopuses! From Octo Valley! She deserted the army and now she just wants to live her life! "

"Deserted, eh? How do we know she won't go back with all of our secrets?"

" Her entire life changed! She realized her wrongs! "

"That's what they all say. I, for one, think she should just go back to that stupid valley or whatever where she came from! We don't need these octerpasses or whatever interfering with our lives! "

"Everything you read on the Internet is real! I know that for a fact- I heard it on the Internet! " She crossed her arms confidently. "I'm gonna make sure these guys don't interfere with the government and indoctrinate our children!"

Tim growled. Natalie hid behind him, afraid she would actually do that.

After arriving at the Square with Kelp, Coral heard what Roxie said and rushed over, with Kelp following him. "Well, one week and this Inkling girl is spouting nonsense again." Coral says with a sigh before now turning toward Roxie. "Oh and by the way, Octarians were never evil, but I guess that fact will never stop you from running that filthy hater mouth yours now will it?" Coral said, intending for the tone to be harsh and toxic toward Roxie, mainly so someone would say 'Burn!'.

Kelp could tell Coral is starting to get annoyed by lies. She tries to make things calm again, "What he means is that you should stop judging us just because of some fake story you read on the internet, just trust me on this one. Not everything said on the internet is true."
Last edited: Mar 10, 2020

(WElp, my attempt to make a villain failed once again.

What about a Salmonid who is the most stereotypical New York gangster my brain could possibly come up with, and his name is, like, Butch or Biff or something.

(You were trying to make Roxie a villain? She can still be one if you want. She's your character after all.)
Last edited: Mar 10, 2020 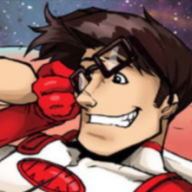 (Hey, can I join?)
You must log in or register to reply here.