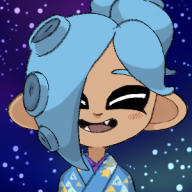 pio_dov said:
The original post I just wrote got deleted because my computer shut off for no good reason! I'll try to recall everything I had said.

I love how Splatoon 2 has two different stories with plots and gameplay unique from each other. You can travel through a canyon on a grand rescue mission as Agent 4, or you can work hard to escape a trial facility as Agent 8. Both of them are awesome. Because of this, I thought it would be cool if Splatoon 3 had four story modes. One mode similar to Octo Canyon, one similar to Octo Expansion, one like both, and one like neither. Additionally, two of them you could start with, one you could unlock from beating both, and the last one would be paid DLC. I'll probably make a different post for each mode, so I'll start with a mode similar to Octo Canyon that the player starts with: Octo Conquest.

But where's Agent 4, and what was the "Team Hacker" doing while Five was on their adventure? Find out in the other starting mode, Grizzly Den.
Click to expand...

I'm thinking of making a thread about Splatoon 3 misconceptions given how misconceptions are already being made about the game and being annoyingly popularized, especially by YouTubers.

Oh no. What lies are the YouTubers saying now?

I watched a video on how Splatoon 3 was going to come out in 2023, I was like what the hell is this dude saying.

Most stuff I saw just said it would never happen. Same people said Mother 3 could be localized.

pio_dov said:
Oh no. What lies are the YouTubers saying now?
Click to expand...

I'm talking about the fact that YouTubers are already jumping to conclusions without taking a more informed look into the trailer. I have listed the two most common misconceptions in my Splatoon 3 Misconceptions thread.

Okay, so to move on from the misconceptions part, which legwear do you think will have its looks changed for the opposite gender? I personally think that "loose shorts with leggings" will change for the female body-type, the outer shorts will be, well, shorter for the female body-type to better match the one when female Agent 4 picks up an armor piece. Another one that I can see have its looks change for the opposite gender would be the male body-type version of the "loose sports shorts", in which it will be elongated to match the length of the male version of the "classic shorts".

Of course, this is just speculation purely spawned from the fact that the "classic shorts" already have male and female versions.

This is not a drill. Attention all guys, gals, and they/them pals, we can now BECOME CALLIE in-game. If not Callie, than Monty Python. This is a miracle. My octoling will look A M A Z I N G as Sir Robin.

I hope they don't hold back on gear this time around, just give us all the replicas, including the ones that were never given to us one way or another.

I know this won't happen, but shopping for pants would be awesome, cuz my octoling could wear C A R G O S H O R T S.

An idea more likely to happen, maybe have some of the bands from Splatoon and Splatoon 2 return? Like how Chirpy Chips are in both, but with more than just one band. It would be super cool if dedf1sh, w-3, and Turquoise October's songs appear in online matches. Speaking of online matches, some stages are awesome in some modes and absolute hell in others. Kelp Dome is an amazing stage (I have a post about why it is somewhere on page 10), but while it's the only stage where I'm okay at Rainmaker, going under grates while riding the tower totally messes up your camera. Additionally, a lot of people hate Shelendorf Institute. I will admit that is sucks in Clam Blitz, Tower Control, and Rainmaker, and Turf War, but it's maybe one of my favorite Splatzone stages. Camp Triggerfish rocks for Tower Control, but not Turf War. Saltspray Rig is known for being horrible in most modes, but I would honestly love to see what Clam Blitz would be like there. Do you see a theme in my rant? Some stages are good at some modes but bad at others, so here's my proposal: Take certain stages out of certain rotations. That way, if you notice the current ranked mode is Clam Blitz, you'll be more likely to get a stage like Snapper Canal instead of being stuck with Morray Towers. I personally don't enjoy having my camera messed up because of a grate or having to control two zones at once, and this is a simple solution.
Last edited: Mar 20, 2021

Also, can we have worn jean shorts? I like wearing that kind of shorts in real life because it makes me feel like a teen. I mean, a game about cephalopod teens splatting each other makes the lack of these kinds of shorts even more surprising.

Yeah, all the bike shorts reskins feel a little weird. The playable Ink/Octolings are likely supposed to be the Mollusk Era equivalent of Gen Z (in a section about Deca Tower, the art book hints that Splatoon takes place in 2015 ME, and S2 in 2017 ME), and I don't really see any people ages 11-24 wearing bike shorts. Cargo shorts, denim shorts, stipy leggings, and maybe even khakis make more sense than what we have.

I know that when the Octo Expansion Artbook inevitably gets an official translation, an old misconception will have its resurgence. So to mitigate that, I think it's high time to show a baby Octoling (one who would look like a smaller octopus much like how baby Inklings look like small squids), either in a Sunken Scroll or somewhere official. I know we have seen an Octoling child already, but to have a hard confirmation that the playable Octolings have the same development cycle as Inklings would go a long way in solving an often debated topic.

I'm quite interested in potential new music and their groups. It'd be cool to see album art for splatoon 3 music

Could we see the return of Splatoon 1 multiplayer music? Not gonna lie, I'm starting to strangely miss the City of Color even though I really shouldn't miss any Splatfest music considering they always change. Also, can we please have Hightide Era back? They had some of my favorite tracks.
Last edited: Mar 28, 2021

Cephalobro said:
Could we see the return of Splatoon 1 multiplayer music? Not gonna lie, I'm starting to strangely miss the City of Color even though I really shouldn't miss any Splatfest music considering they always change. Also, can we please have Hightide Era back? They had some of my favorite tracks.
Click to expand...

Hightide Era did Hooked and Sucker Punch, right? They're my two favourite songs, so i would love more!

The Squid Squad is my favorite S1 band (I know that's super basic but Kraken Up is awesome, and Wet Floor totally failed to replace them), and my favorite S2 band is either w-3 or The Bottom Feeders (I just really like strings). I also really hope that the new idol band does a cover of Muck Warfare. Best Splatfest song in my opinion. It would also be the easiest Splatfest song to cover in a rock genre, and many fans want a rock band for S3. And it's hinted to be Off the Hook's best selling song, so it's perfect for a cover. Replace the bass beat with drums, the keytar with an electric guitar, and presto, it's an 80s rock song. 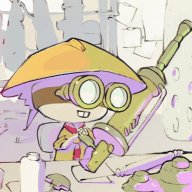 On the topic of music. I would like to see a playlist feature added to the game. Instead of just the game randomly picking a track we can have some choice to listen to what we enjoy. Creating separate playlists for turf, ranked, league and so on. An option to have songs played in order or shuffled. Along with new tracks added we could maybe be able to purchase older tracks from previous games (or have them be unlocked as collectables in the single-player campaign.) I mean if volume sliders will never be added I think playlists would be a decent alternative.

Okay, so one of the songs that need to come back no questions asked is Metalopod. I mean, it's even in the name of why it's a fitting return for Splatoon 3.
You must log in or register to reply here.