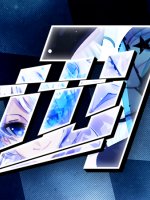 Warchamp7
Squidboards Head Admin
Warchamp7 is the head technical admin of Smashboards and Squidboards, as well as a kid and a squid. As a Ganondorf main in Smash, he can be found playing super aggressive in Splatoon ranked matches, going for flanks and greedy plays.

Keep an eye for updates and improvements to the site from him, as well as direct all the blame towards him when anything goes wrong.


YouTube | Twitter | Twitch​
Squidboards Premium Update
We're making some adjustments to Premium on Smashboards and Squidboards
Site Update
Continue…
Squidboards Update
Hello squids! Here today with an update on Squidboards! With Splatoon 3 now announced, it was time for a little bit of spring cleaning around the forums.
Continue…
Smashboards Update Approaching!
Hello squids! Here today with an update on Squidboards' sister website Smashboards! On June 3rd Smashboards will be undergoing a very large update for most of the day. Squidboards will not be seeing the same large update, at least for a while, but it will be affected by this upgrade.
Continue…
Multiplayer Details Revealed

Nintendo Treehouse shared some info regarding Splatoon 2 multiplayer today in preparation for the 2017 Splatoon Invitational! Good news squids, all your favourite modes are back! Turf War, Splat Zones, Tower Control and Rainmaker are all returning, with the ranked game modes getting small quality of life changes to make them even better.
News
Continue…
Splatoon – U.S. Inkling Open Finals - Wii U
Continue…
Splatoon 2 Weapons & Specials Preview
Continue…
Official Splatoon 2 Weapon Footage
The Squid Research Lab has shared with us video footage of four weapons, a sub weapon and four specials today on the Splatoon US blog. Check out a playlist of all the videos below!
Continue…
Splatoon 2 Global Testfire Available for Download
The Splatoon 2 Global Testfire is now available for download on the Switch eShop! If you've got a Nintendo Switch, be sure to download it so you're ready to go on March 24th when the Global Testfire begins!
News
Continue…
Panda Global Rocketek takes a look at the latest Splatoon 2 announcements
Continue…
Splatoon 2 Spectator Mode Revealed!
Continue…
Splatoon 2, meet Squidboards 2!
Today we're proud to announce a visual overhaul to Squidboards! To prepare the site for the freshness of Splatoon 2, we've given the whole site a fresh coat of ink. We hope you enjoy the new look! Read on to learn more about all the new changes.
Continue…
The Bombtage - A Bomb Range Splatoon Montage by Hitzel
Continue…
Red Bull talks about the future and potential of competitive Splatoon!
Splatoon doesn't often get a heavy spotlight in the world of eSports but with the announcement of Nintendo Switch, minds have been buzzing with the possibility of pro Splatoon. Red Bull eSports dove into the community at large to talk about what competitive play has been like since the game's release, and what it might look like in the future.
Continue…
Amiibo Announcement! Callie, Marie and Original recolours
Today Nintendo announced a new wave of Splatoon Amiibos hitting stores in North America on July 8th. Alongside brand new Callie and Marie Amiibos, we'll also be getting recolours of the original three Splatoon Amiibos. The original Splatoon Amiibos unlocked special challenges for the single player missions, and the recolours will function the very same. The Squid Sisters Amiibo however will instead allow you to listen to various Squid Sisters songs, including a couple from the Chogaki concert in Japan! Alongside those songs, you'll also be able to change Inkopolis Plaza to it's night time appearance featured during Splatfests, and unlock new dance animations for the Squid Sisters from their live concert performance.
News
Continue…
Team SpongeBob vs Team Patrick Splatfest Announced!
The official Splatoon Tumblr has announced the next Splatfest and they couldn't be more correct in calling it a doozy! It's going to be Team Spongebob vs Team Patrick Check your calendars because it's not April 1st anymore, it's the 14th, and this is the real deal! You'll be able to place your vote tomorrow for #TeamSpongeBob or #TeamPatrick. We can only assume Squidward is sitting out from the fun as he often does. Which team will you be playing for this weekend squids?
News
Continue…
Introducing the Squidboards Event System
Tonight's maintenance has brought with it a fresh new feature for the site! Our awesome community event organizers can now post their events via this system and have it automatically appear on an easily browsable calendar. Read all about this new system!
News
Continue…
Octolings In The Wild (This Is Bad)
It's not anticipated for this to be an incredibly widespread issue, but one or two Squidboards users have already encountered this problem, and we wanted to make sure to alert everyone. A kernel exploit for the Wii U has now been made public for Wii U's on an older firmware version. The simple and relevant explanation of what this means is that it is now much easier for unscrupulous folks to modify their Splatoon save files. The very negative side effect of this, is it means a person could potentially modify their save file to change their character ID from 1 or 2 (Inkling Boy and Inkling Girl respectively) to 3, which represents Octolings.
News
Continue…
Squidboards Styles: New dark options and default style vote!

Hey everyone, just made an update to allow the colour schemes to also be chosen in dark variations. With this addition, I'd also like to run a poll of what people prefer and what they think is the best choice for the default style; the original light Squidboards [Green], or the new Squidboards Dark [Green] Discuss the new additions, your personal favourites and your thoughts on the default theme! Didn't know you could change the Squidboards style? You can find the option in your Preferences
Continue…
Squidboards Update - Initial Launch of Groups

Hey everyone! We've got a bit of a late night update today in the form of groups. This system will allow everyone to form groups for stuff like their dedicated team of 4, larger squads or clans of friends, as well as discussion hubs for regions or other topics.
Continue…
Official Splatoon Art Contest
The official Splatoon Tumblr announced today that they are holding an art contest! Starting today and running until the launch of the game on May 29th, anyone from the US or Canada (excluding Quebec) can post up their Splatoon fan art on Tumblr with the tags #Splatoon, #GetInked and #NintendoContestEntry. The grand prize winner will receive a Wii U and copy of Splatoon, while 5 more first place winners will receive a copy of Splatoon.
News
Continue…
Top Bottom